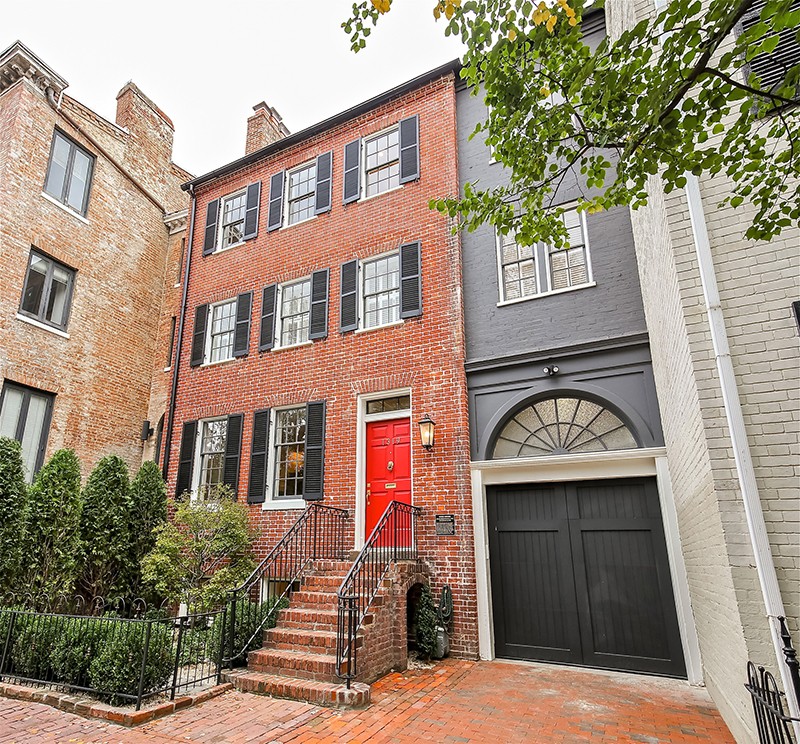 The 217-year-old home at 1319 30th St. NW, known as Hyde House from its days as the home of Thomas Hyde, an early merchant in Georgetown, was recently renovated and went under contract in just five days despite its steep $5.1 million price tag.

The Federal-style home, one of the oldest in Georgetown’s east village, was built in 1798 for Col. Charles Beatty, a leader in the American Revolution and owner of a ferry between Georgetown and Rosslyn.

Linda Battalia, the seller and owner of Linda Battalia Design, renovated and reimagined the home over the course of a year from its previous three stories while preserving many of its original features such as wide-width heart pine flooring, matching fireplace mantels in the double parlor and much of the original masonry.

Several rooms feature exposed brick walls to complement the modern features. The home now has more than 6,100 square feet on five levels with an elevator, an expanded lower level for casual entertaining and an English garden and brick terrace. Natural light filters through multiple windows and skylights which also provide views of Georgetown and the D.C. skyline.